Time to sign up for a vegetable CSA membership!

Brrr...it is still really cold outside! Today, the temperature isn't in the -20C's, but the wind is blowing forcefully from the south, which is the least sheltered side of my house. The wood stove is blazing but that wind really makes for cold drafts :p So, it's in such weather conditions that I've been updating the farm's vegetable CSA brochure, and here it is! 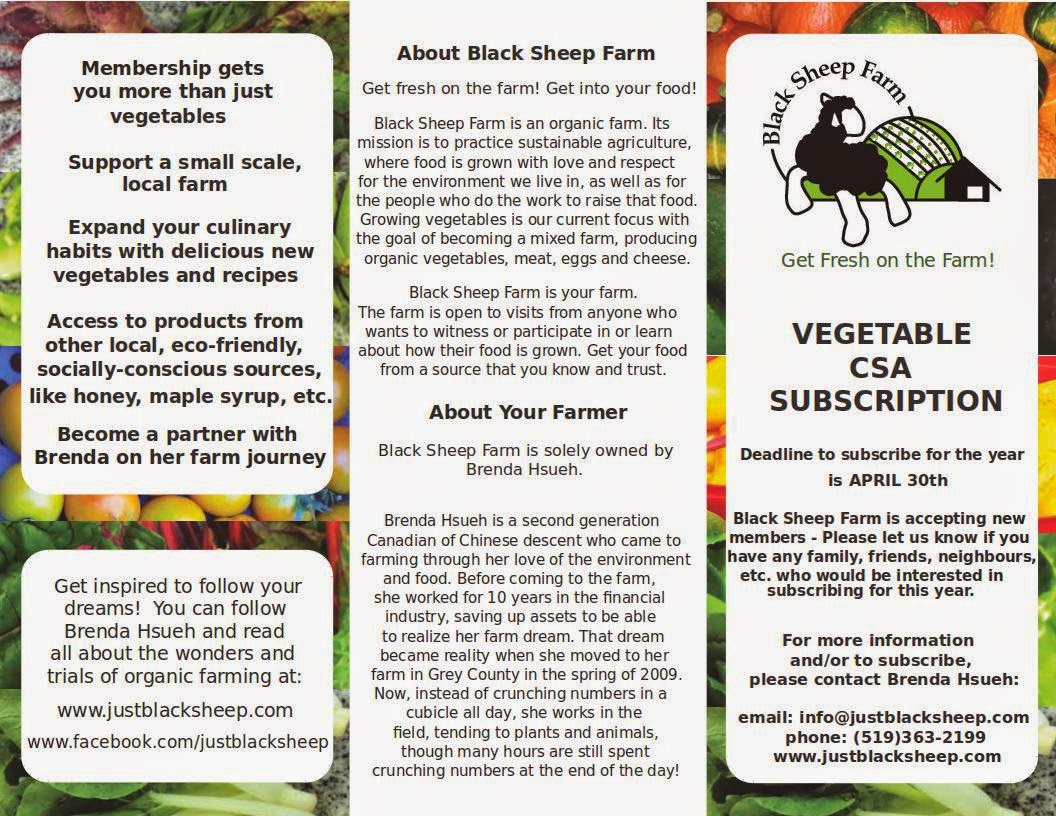 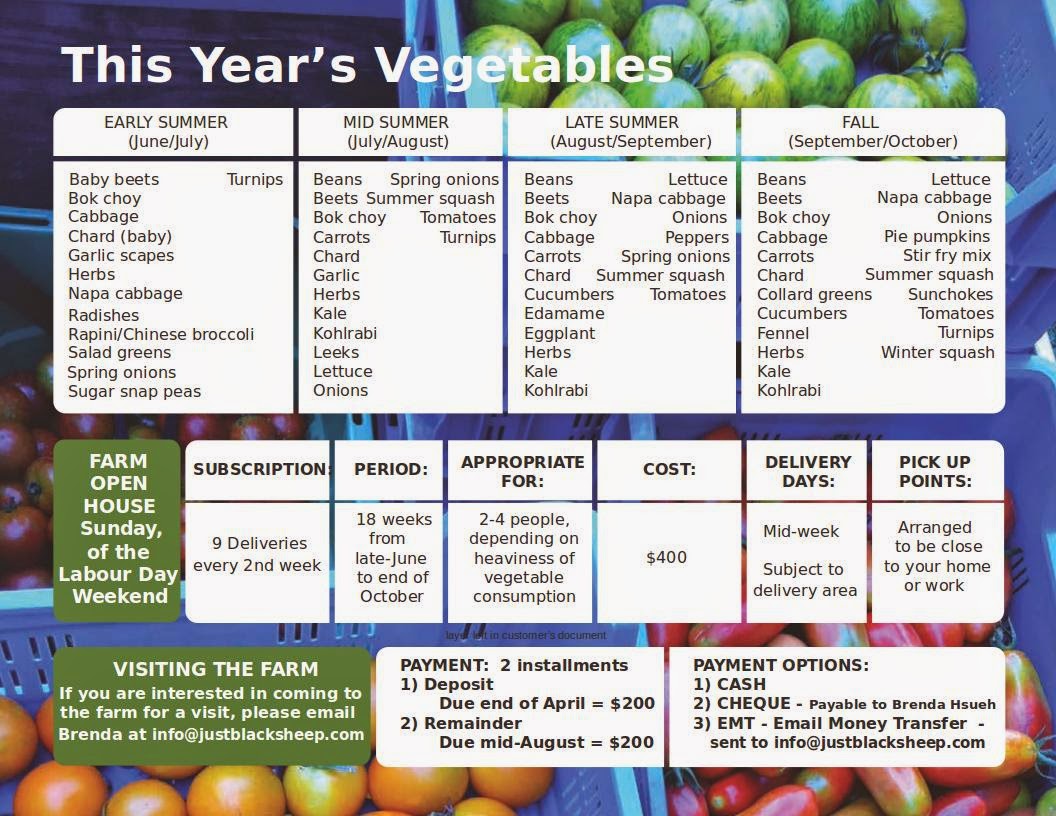 A major change for 2015: I'm moving from a 20 week season to 18 weeks, so 9 deliveries instead of 10. The cost is still $400 for the season, so you'll get more vegetables on average per week than previous seasons (around $40, from $35). I made the change to 18 weeks from 20 because for the past few years, starting the season has been difficult (late, cold and wet springs) and hard frosts have been coming earlier (mid-Sep. instead of mid-Oct!).

Also, I hope that my perennial sunchokes (aka Jerusalem Artichokes) are now firmly established, so they will be in fall packages. Last year was the first time I harvested them and they were delicious :) This year, I will also be planting a full bed of sprouting broccoli/Gai lan as I tested out a few varieties last year to get a feel for their taste, tenderness and rate of growth, so hopefully there will be bunches of them in the early summer packages.

To mitigate against another wet year, I will also be making a few raised beds on the vegetable field this year. I'm hoping they will act as berms on the north end of the field to divert water more to running around the field instead of pooling on it. And I will use these raised beds to plant peppers and eggplants to take advantage of the extra heat they will offer.

If it's a dry year, the new pond, dug last fall, will provide irrigation water. And the berms surrounding the pond will be planted with pollinator friendly plantings to provide as much new habitat for insect life as possible. The plan is to sow the open ground with a combination of white clover, pollinator friendly perennials and self-seeding annuals, as well as planting flowering shrubs and fruit trees. The goal is to have flowers (and thus nectar and pollen!) available from spring right until winter. It's very exciting to be a part of wildlife habitat enhancement :D

There's much more planning to do, but the seed orders are in (and mostly arrived) and bales of organic potting mix are being ordered in preparation for seed starting. Hard to believe this will all be happening soon...I really hope this bitter cold doesn't carry on for much longer!
Posted by Brenda Hsueh at 3:48 PM